The project design is based on the intersection of two straight lines that represent movement systems - the 60m horizontal line of the through-site pedestrian way and the 100m vertical line of lift transport and fire egress stairs. The site is located at 4-10 Campbell Street Sydney, currently occupied by Mission Australia. All existing buildings on the site will be demolished for a proposed mixed-use development, comprising serviced apartments, offices and retail.

The Haymarket Precinct has become more desirable over recent years with the upgrading of Dixon Street, redevelopment of Paddies market, running of the light rail along Hay Street and nearby apartment developments. The Campbell Street site is well suited to reinforce the established mixed-use character of the area through active ground level pedestrian spaces, small strata offices and short-stay serviced accommodation.

The design is a mixed-use building that responds to its urban location on Campbell Street, opposite the Capitol Theatre and near George Street. The building is designed to both integrate with its setting and maintain an identity as a bold, modern addition to the city. The building is a street podium, mid-rise and tower form of varying heights occupying the full site from Campbell Street to Cunningham Street.

The conceptual approach is based on four interrelated ideas:

The project incorporates a north-south pedestrian through-site, public way that connects Campbell Street and Cunningham Street and completes a pedestrian way from the Capitol Theatre to World Square.

The pedestrian way is defined as a straight line through the site that visually connects the streets at each entry. It is marked by a generous forecourt on Campbell Street and necked alley way towards Cunningham Street, with potential for ‘electric’ or pictorial art. The 4.5 metre wide pedestrian way is an accessible pathway through the site, without the assistance of any mechanical device. A gently graded ramp of 1:20 to 1:25 simulates the street condition on George and Pitt Streets. The pedestrian way threads along the eastern boundary of the narrow site without compromising the servicing or access to the upper level commercial uses in the tower. It required the relocation of three ‘obstacles’ approved in the Stage 1 DA: the street level substation on Cunningham Street to the basement, the apartment waste room to the western boundary at Cunningham Street and commercial lift core to the western boundary.

The project creates a generous covered forecourt on Campbell Street, a double storey space, that contains two pathways: a ‘high road’ which is the ramped pedestrian through-site, public way and a ‘low road’ which is the pedestrian access to the office and serviced apartment lobbies. The forecourt is a large portal and also gives visual connection deep into the site at ground level, overcoming the problem of the lack of street exposure to the lobbies due to the location of the apartment tower at the northern end of the site.

The forecourt contains a raised terrace, which is accessed from both the pedestrian way and directly off Campbell Street and is suitable for a bar/café - permitted by the proposed changes to the licensing regulations in the city. The terrace is served by a slender bar and counter which separates the eating terrace from the pedestrian way.

Access to the ‘services box’ for loading, waste removal and vehicle parking is from Cunningham Lane and is visually and physically separated from the entry lobbies off Campbell Street.

The south facing site is designed to maximise light and view. The double height ground level forecourt on Campbell Street brings light into the office and apartment lobbies and waiting areas.

The ‘office box’ has floor to ceiling glass with clear and translucent glass louvres to the southern face onto Campbell Street. Additional natural light is drawn into the centre of the 60 metre floor plate down a light court opposite the central lift lobby.

The apartment tower has two light courts, on the west and east boundaries, to increase the perimeter for natural light to the principal rooms of the serviced apartments. These ‘light pockets’ also create views to the south-east to Belmore Park, past Roden Cutler House, and to the south-west up George Street to Railway Square.

Materiality and colour is used to distinguish different elements of the building. The street level forecourt is dominated by ‘Austral verde’ stone that extend the public domain of the footpath onto the public way, terrace and service counter.

Different materials have been used for different uses, to maximise light and to improve the ESD performance of the building. The low-rise ‘office box’ is enclosed with floor to ceiling glass with clear and translucent glass louvres on Campbell Street. The serviced apartment mid-rise balconies have glass balustrades and the high-rise tower has precast concrete balustrades. The building is generally constructed from precast concrete panels and insitu concrete slabs. Infill glazing is used around the south-east light court and is visible from Campbell Street east.

The appearance of the mid-rise tower has been given a lighter appearance by the use of glazing to the balustrades, glazing in the light courts and colour. The colour of the building elements is graded from light to dark to increase the depth of the building form as the building steps back into the site from Campbell Street. The ‘office box’ is white painted off-form concrete and translucent glass, the mid-rise element is painted mid-tone grey (Dulux Pewter or Anthracite) and the high-rise element is a darker grey/brown tone (Dulux Klavier). 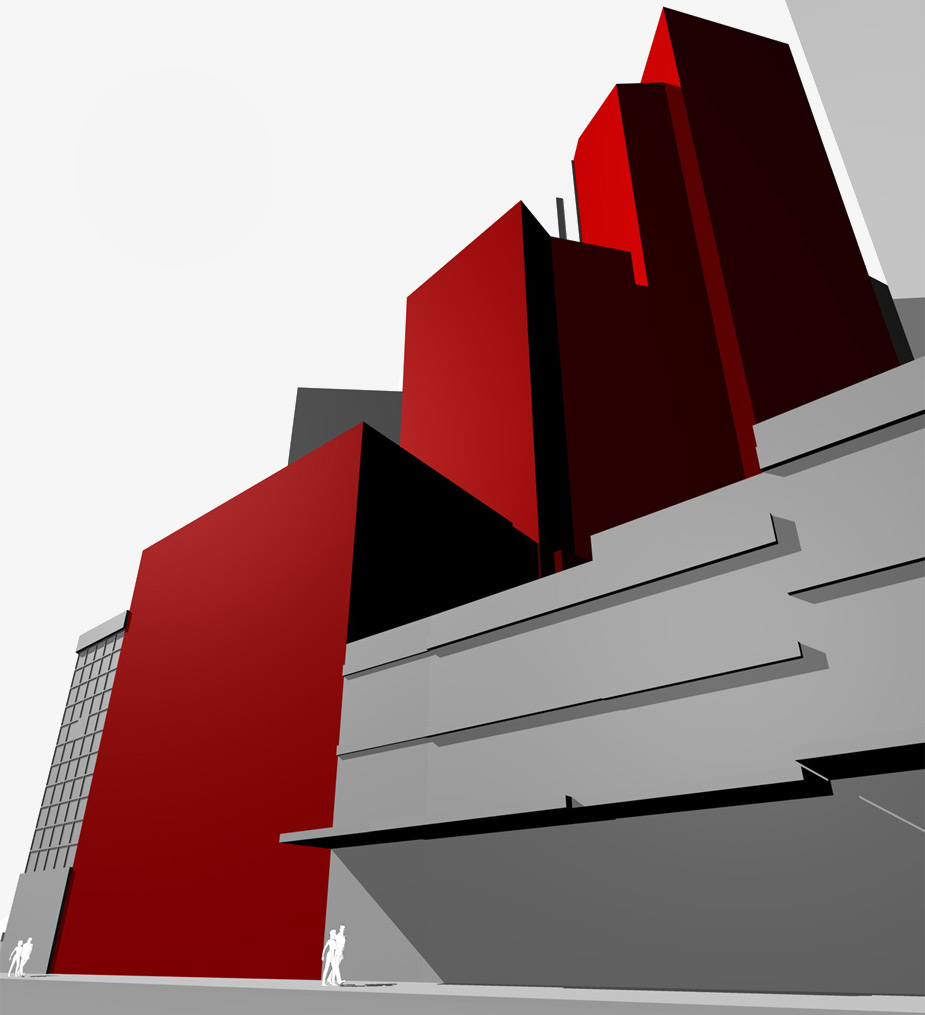 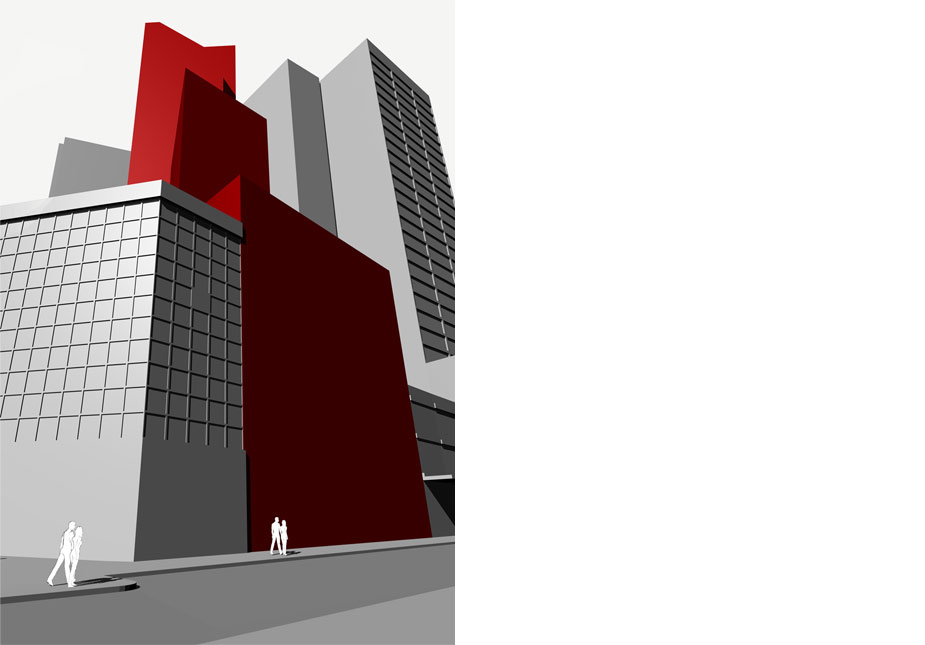 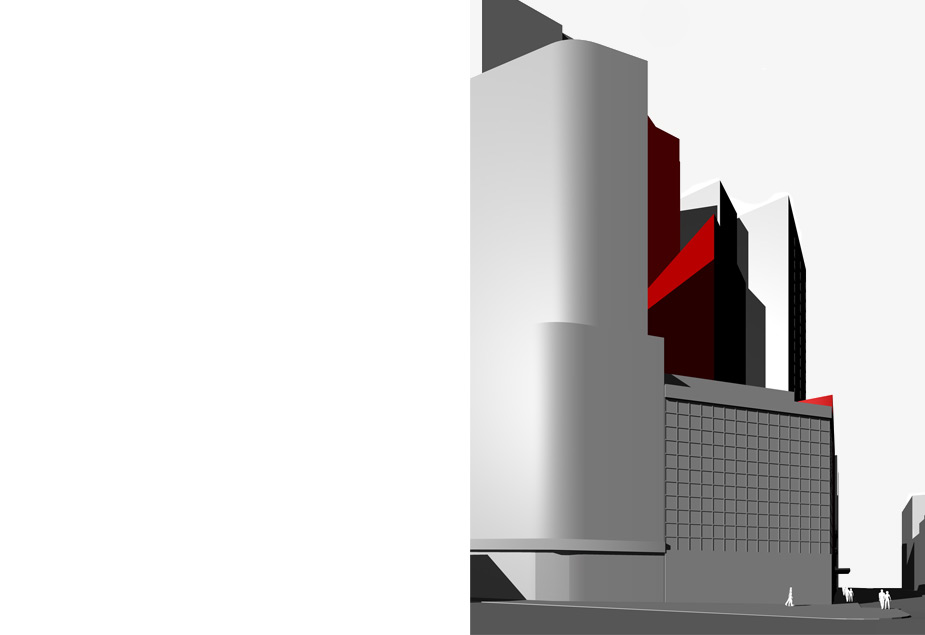 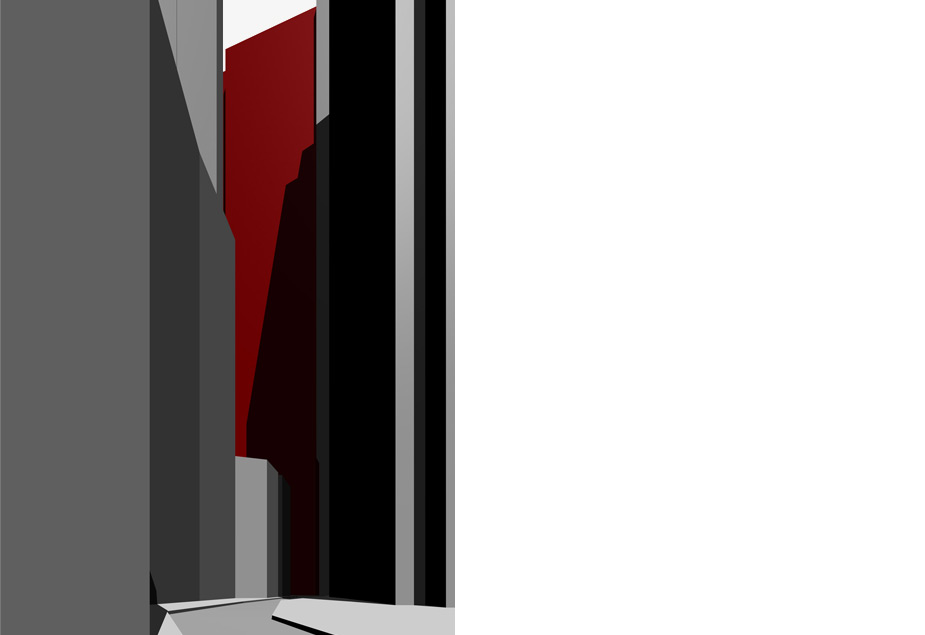 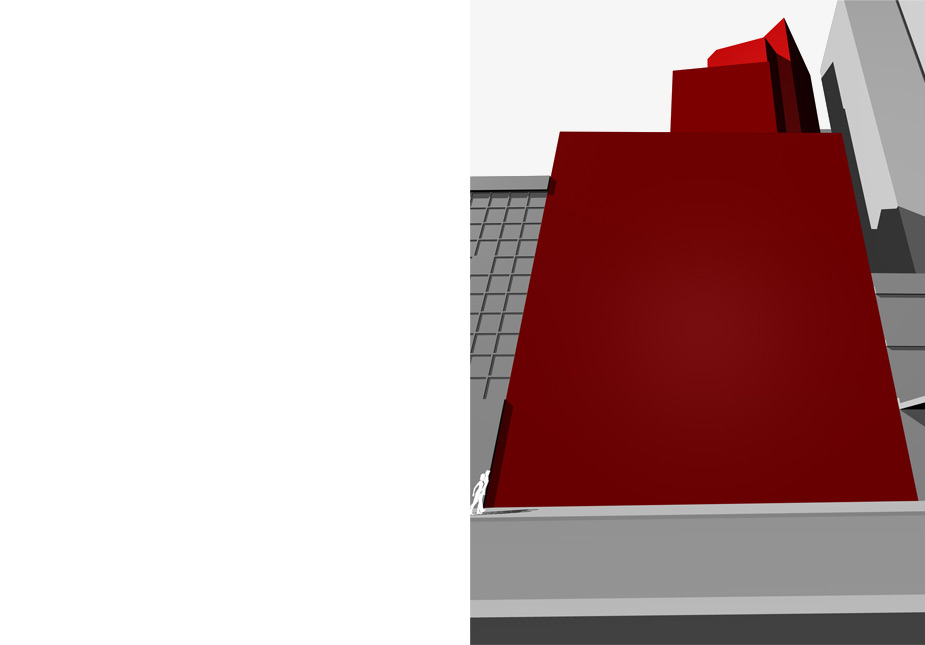 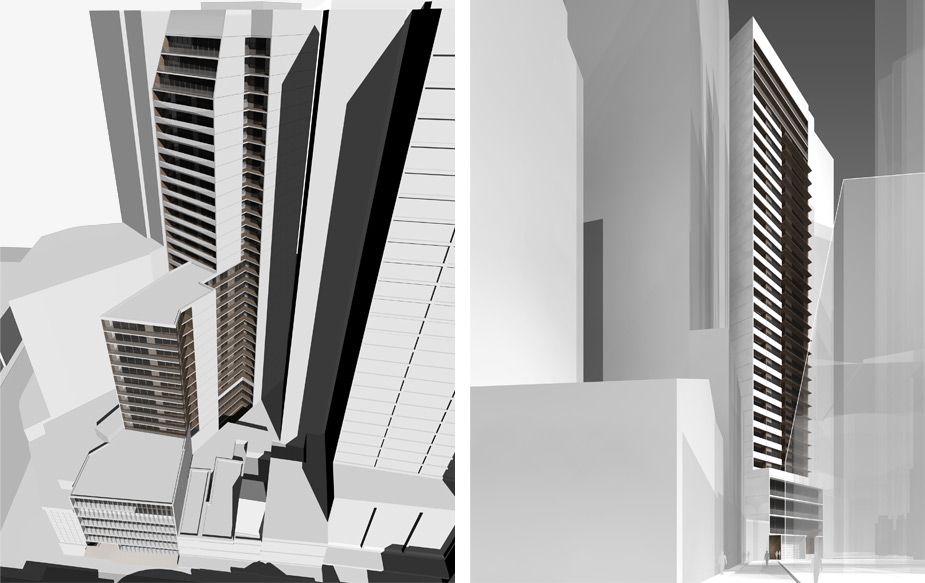 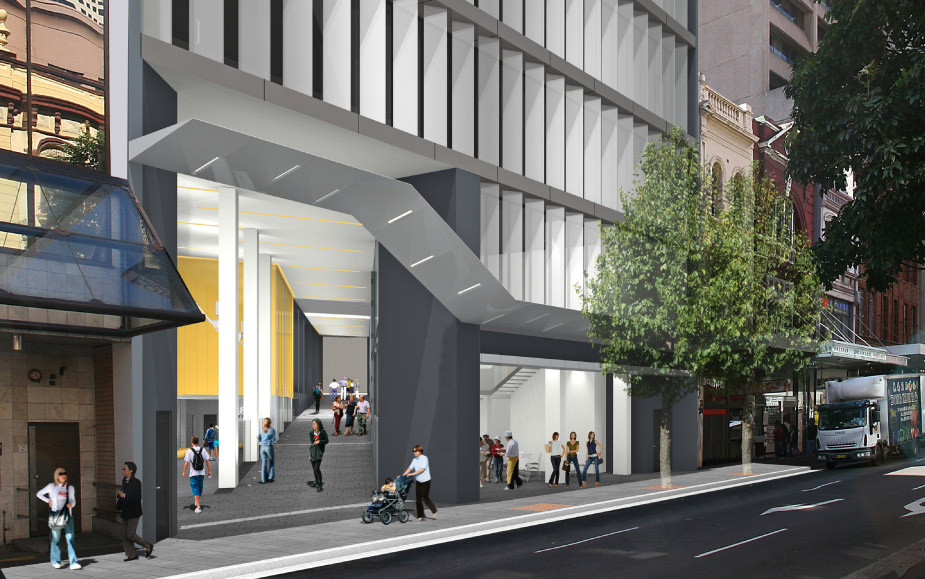 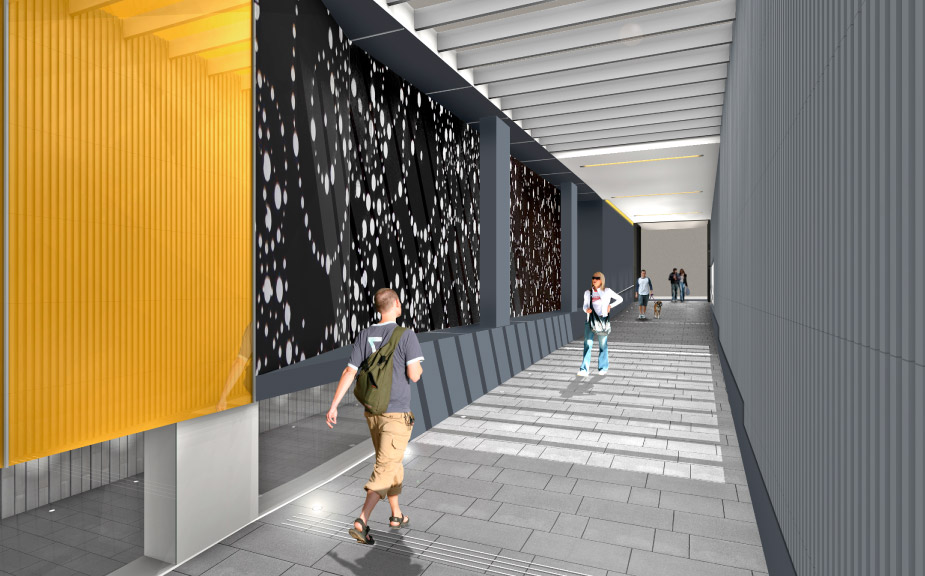 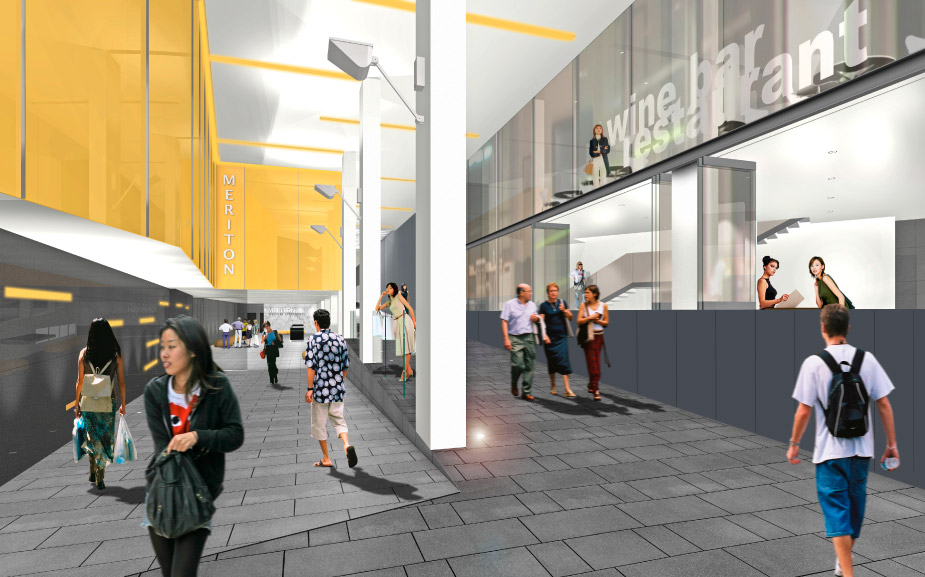 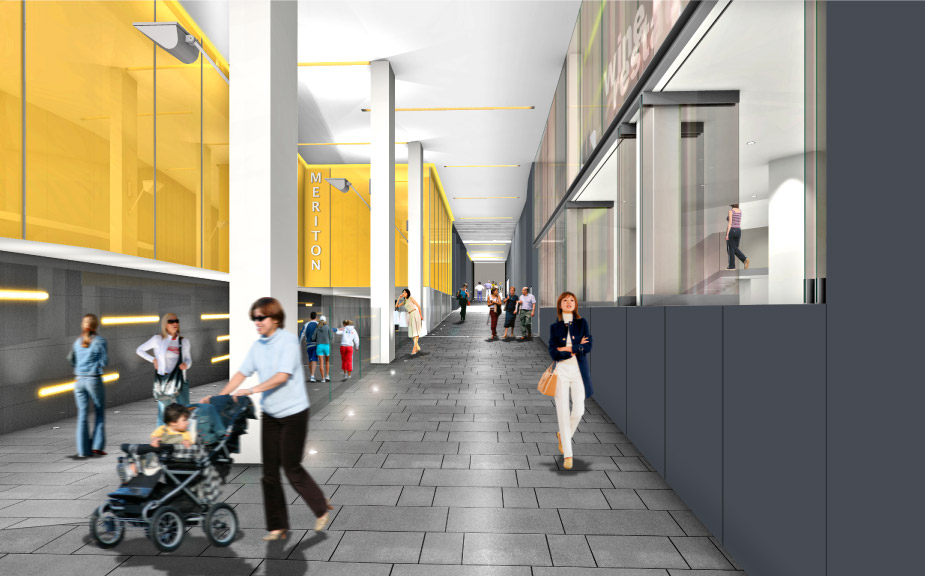 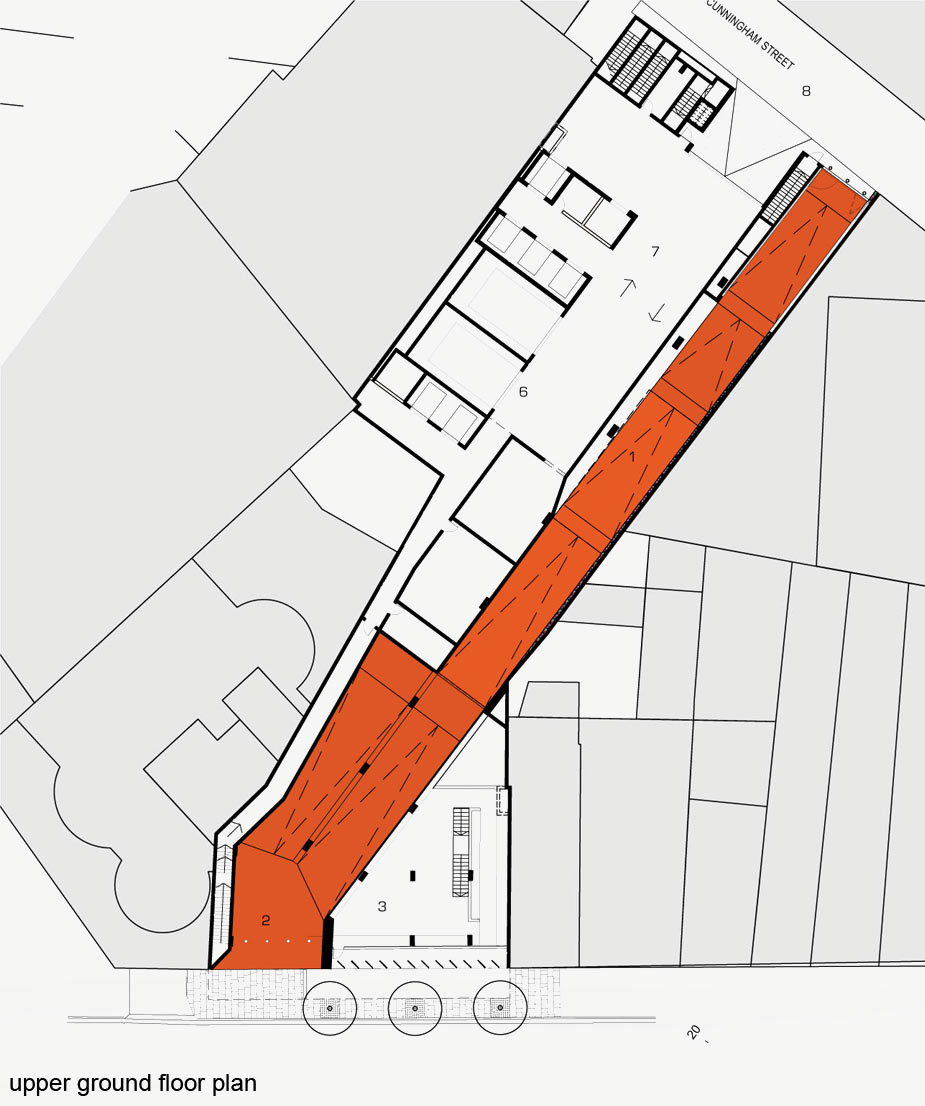 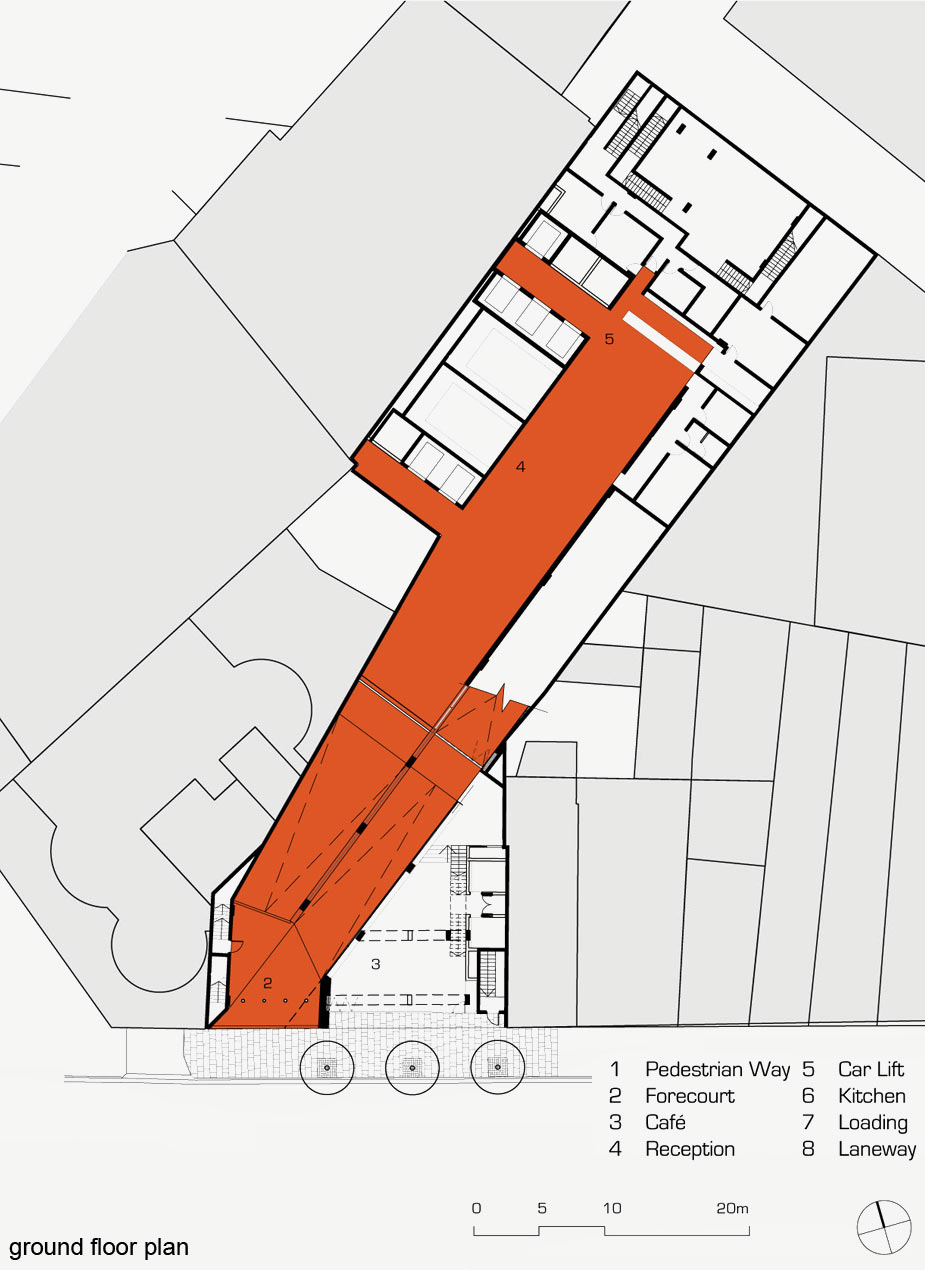 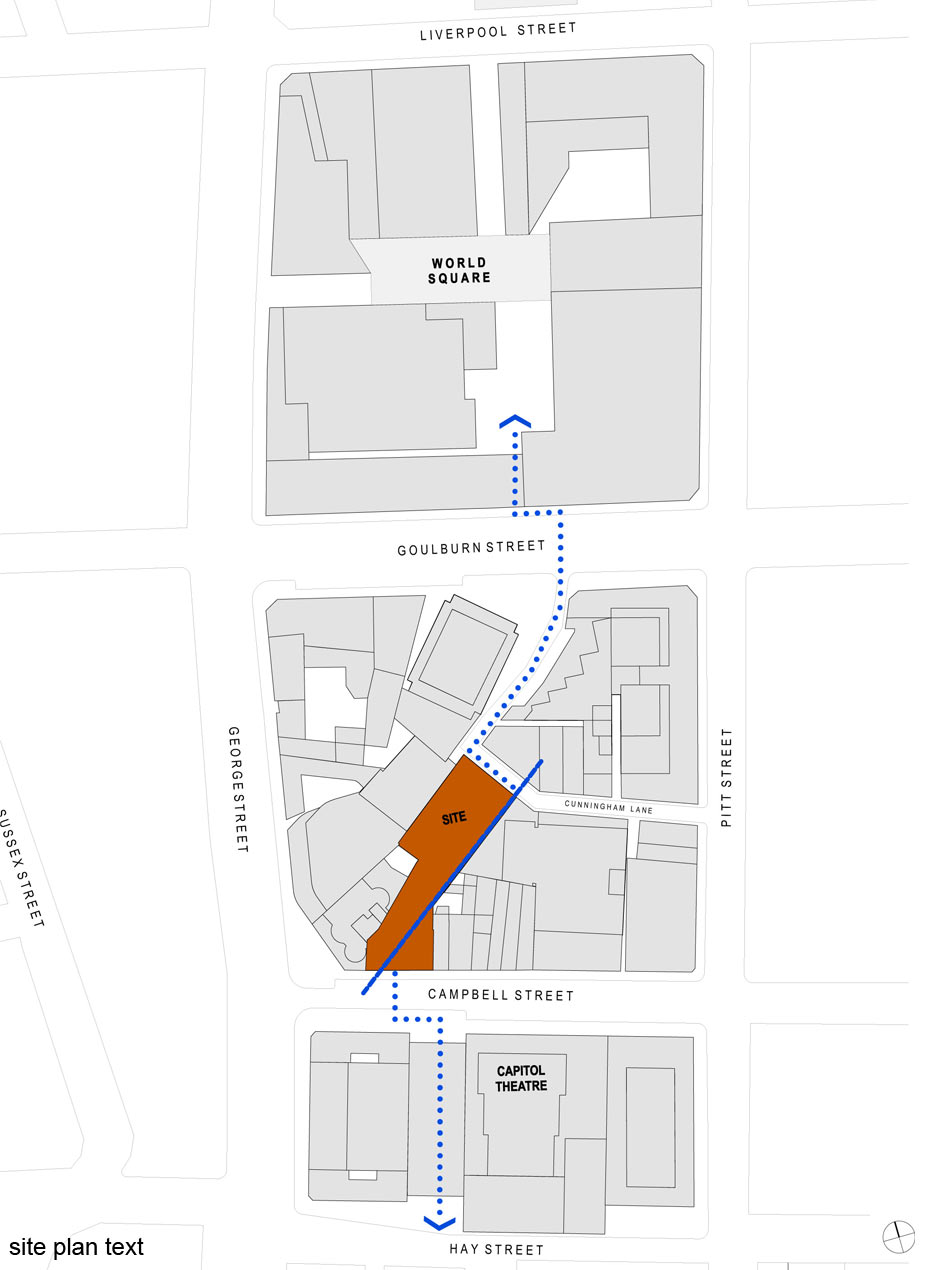 The project design is based on the intersection of two straight lines that represent movement systems - the 60m horizontal line of the through-site pe... 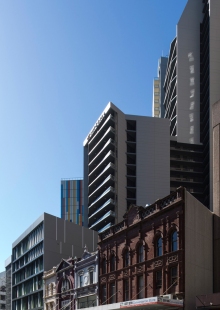 This hybrid-use project is an exploration of hyperform - a massive, urban scaled block that supports new and diverse living spaces – it is a radical d... 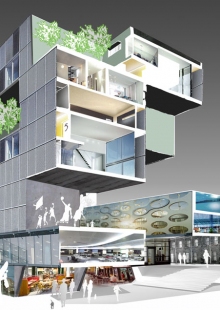 The development strategy is the demolition of an unsightly, mostly above ground, 10 level concrete car park structure, and its replacement with a new ... 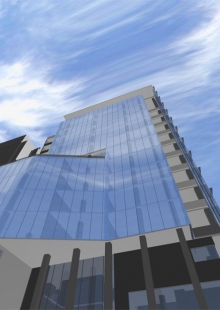